The store will not work correctly in the case when cookies are disabled.
Request a quote

Get the Right Crane

Hoosier Crane is a leading provider of overhead cranes and has components in stock to build and ship common capacities fast and within budget.

From the start of the process, Hoosier Crane is dedicated to making your crane buying experience simple, to the point, and on schedule. We have the staff, facilities, and commitment to build, ship, and install your next crane. All we need is the opportunity.

Overhead Bridge Cranes are one of the most important pieces of equipment in a modern manufacturing company. Overhead cranes are often called bridge cranes or overhead bridge cranes. They are also referred to by the abbreviation EOT, which is short for Electric Overhead Traveling Crane. The abbreviation EOT crane is commonly found in government and military bid specs for overhead cranes. Regardless of the exact phrase that you use when referring to an overhead crane, it is distinguished by parallel runways with a bridge beam spanning the gap between the runways. The hoist of the overhead crane is suspended on the bridge beam by a trolley and travels between the runways of the overhead crane system.

Filling out a quote is quick and easy. It typically only takes 10 min.

Fill out our Interactive Questionnaire (10 min.)

Fill out our pdf and email it to [email protected]

Top running overhead cranes are the most common. They can be designed to handle 1/8 ton to over 160 ton loads. In this type of overhead crane the bridge is attached to endtrucks with wheels on the bottom side, which run along bar or ASCE rail on the top of the runway system.

Under running overhead cranes are typically used for lighter capacity systems. In this design, the bridge is connected to endtrucks which have pairs of wheels on the top edge of the endtruck. These sets of wheels then run along the bottom flange of the runway beam. Alternatively, in under running workstation cranes the wheels on endtrucks are contained inside an enclosed track as it is with Gorbel systems. Under running overhead cranes typically are limited in capacity by two factors: the strength of the flange of the beam and the structure from which they are hung. Under running or under hung overhead crane systems are popular because they can be suspended from the ceiling or roof of a building, saving floor space that would be consumed by runway columns in a top running design.

Learn More about Under Running Cranes Request a Quote 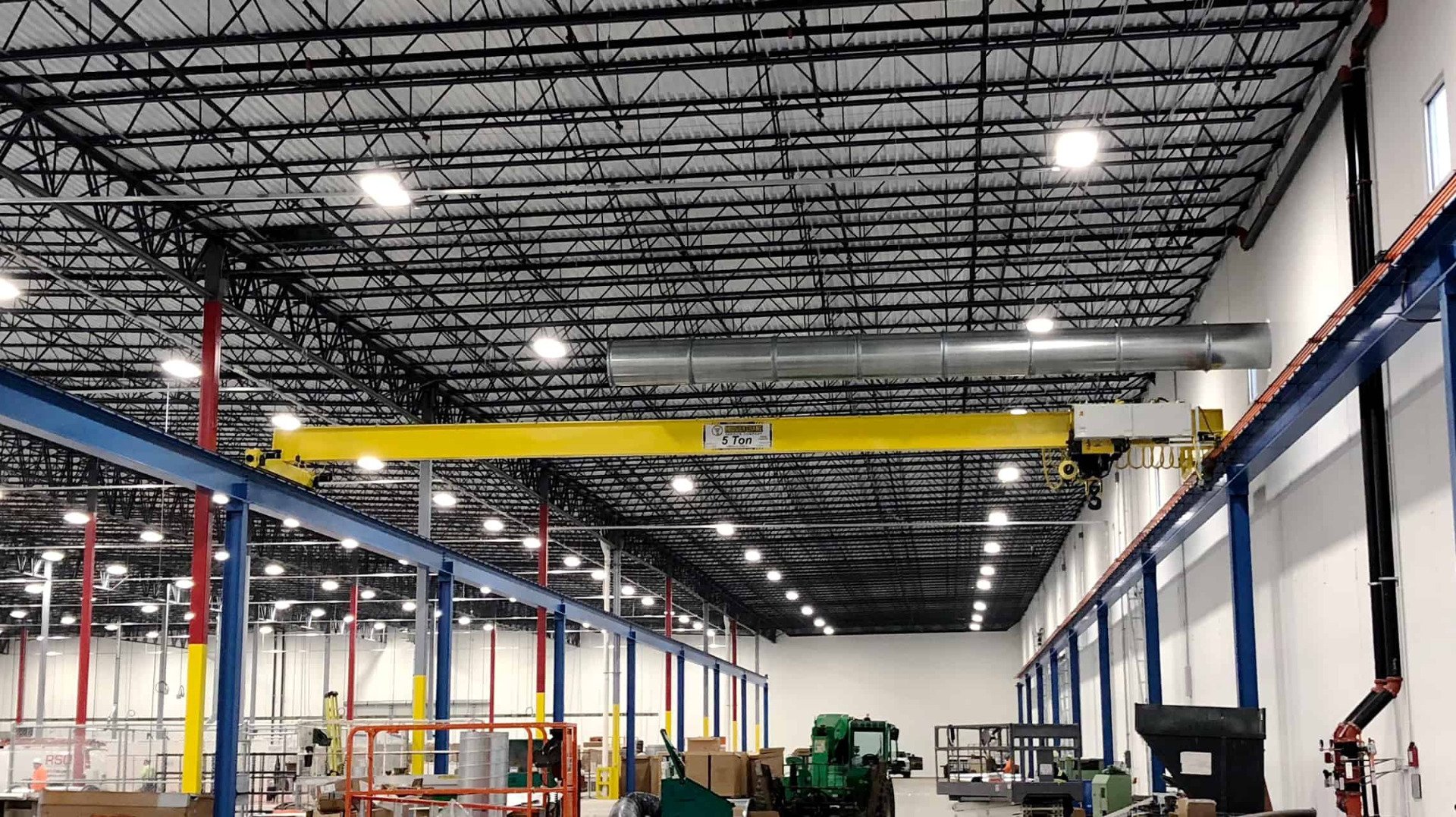 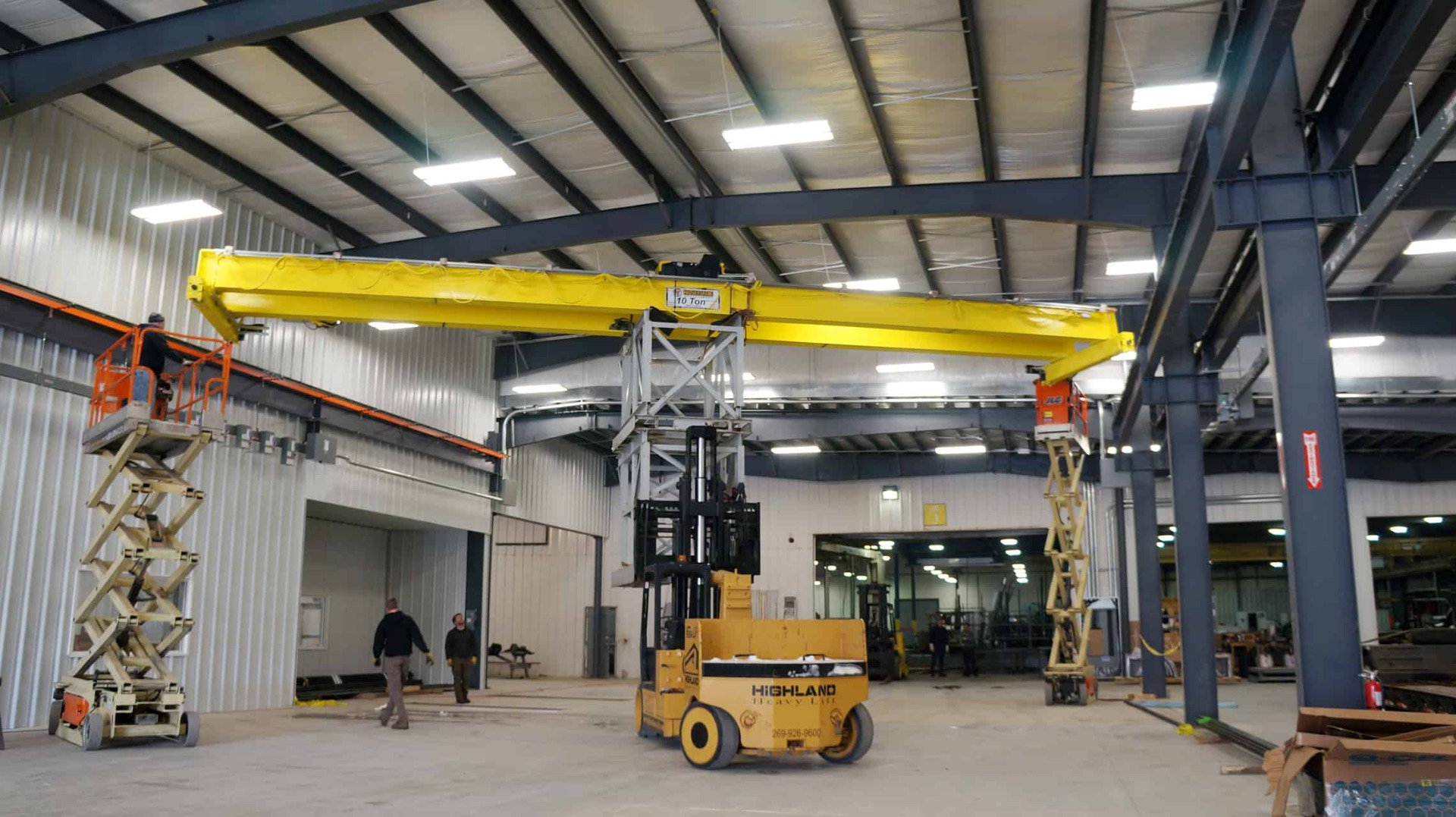 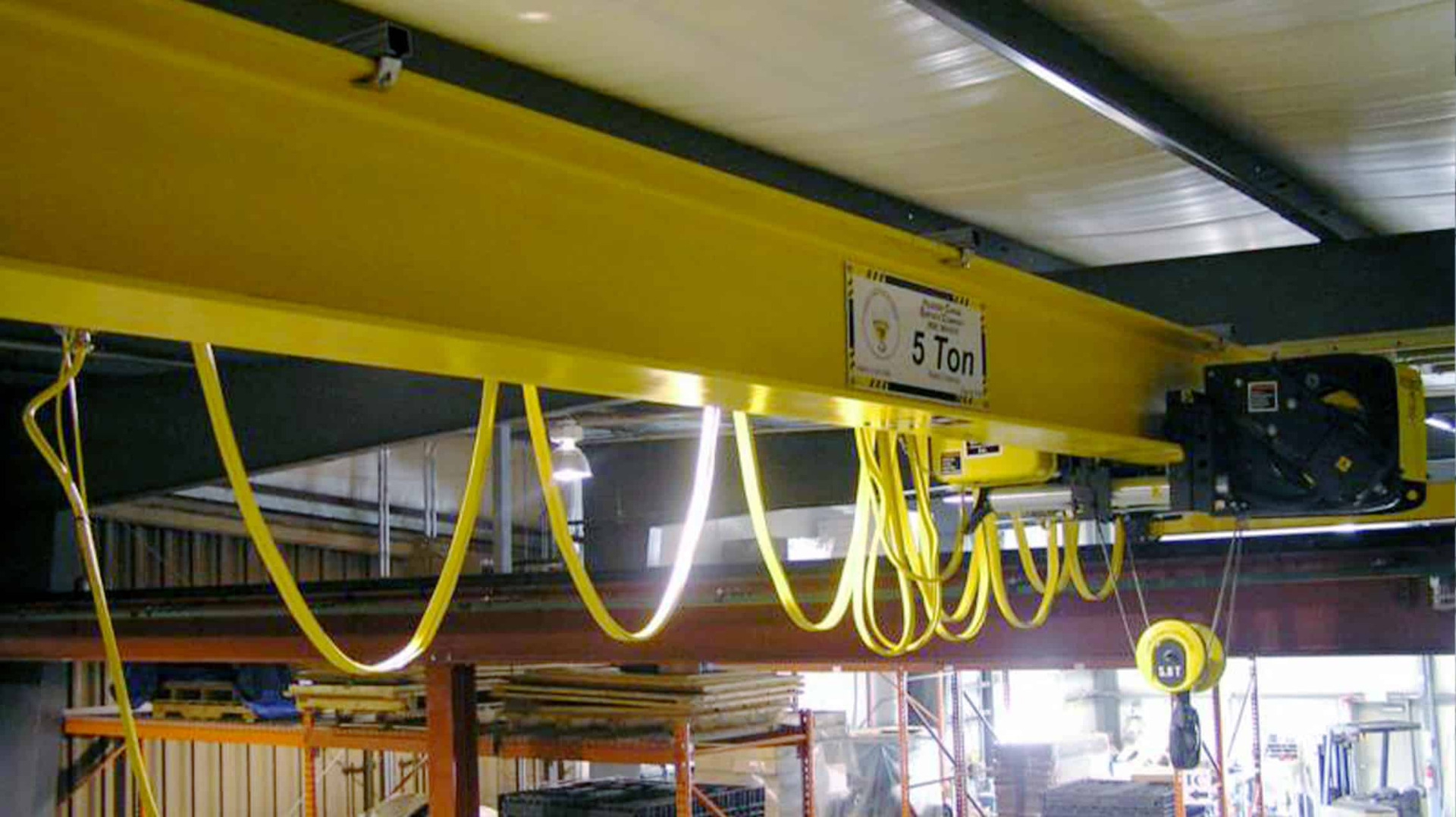 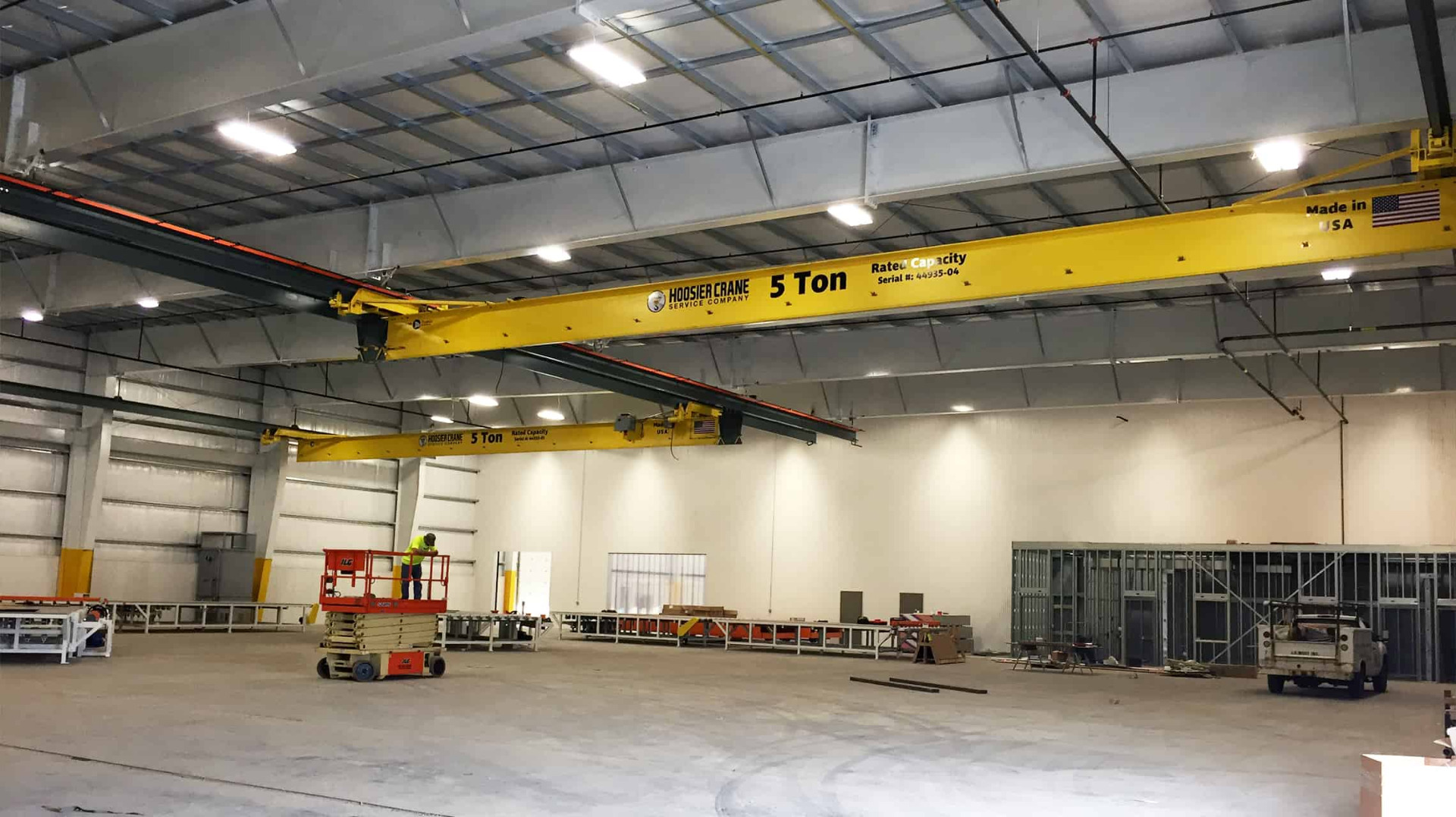 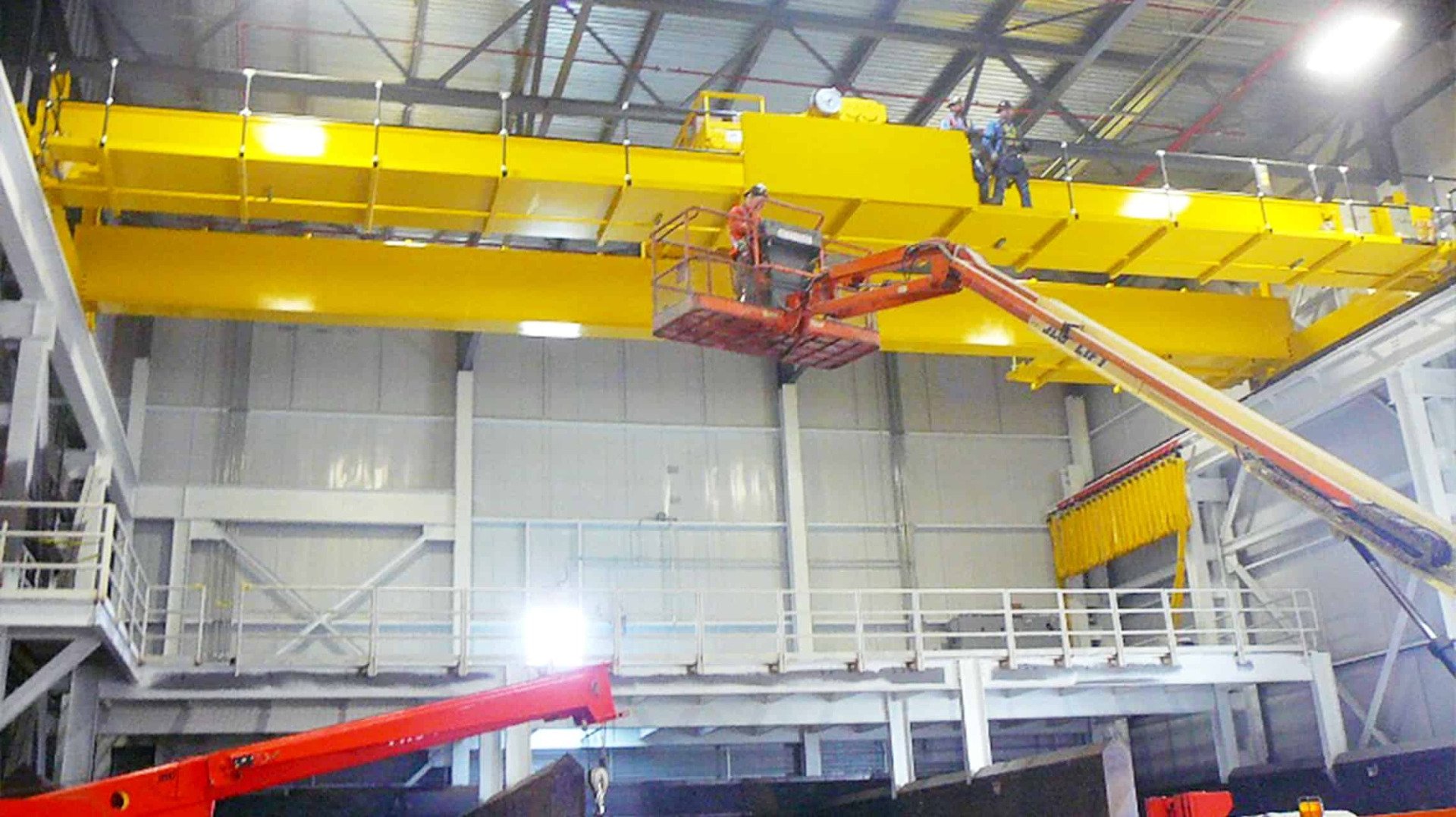 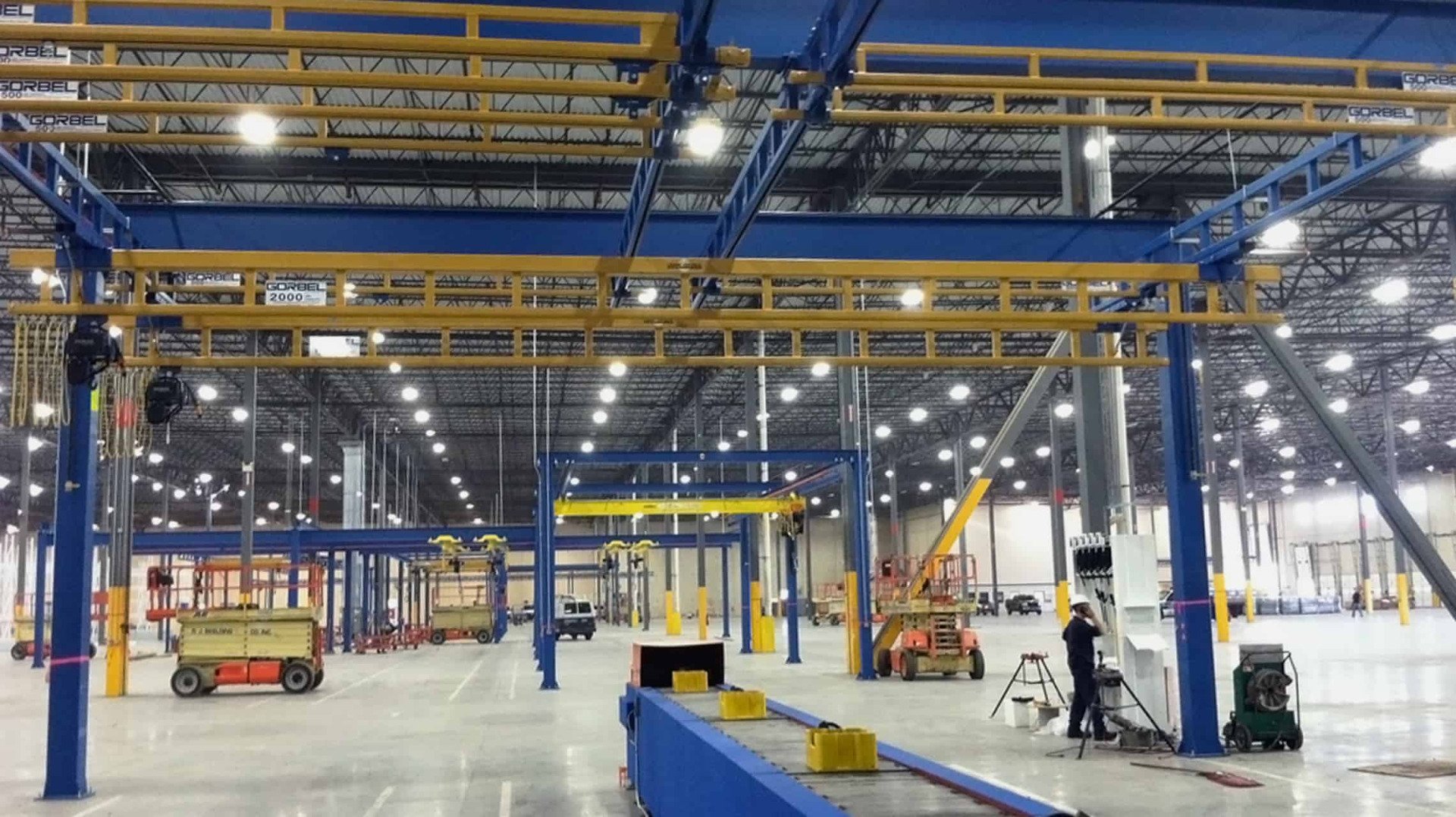 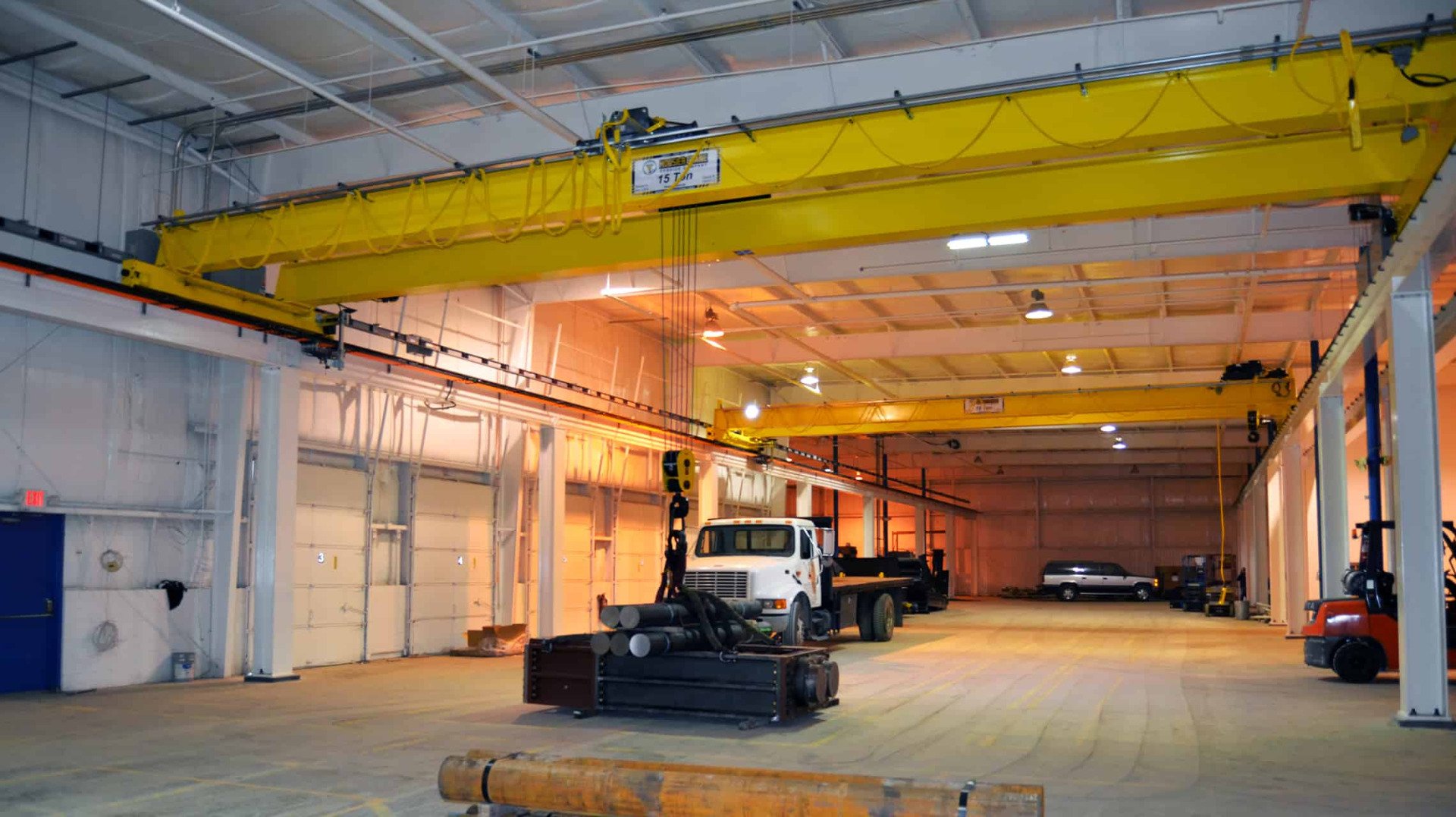 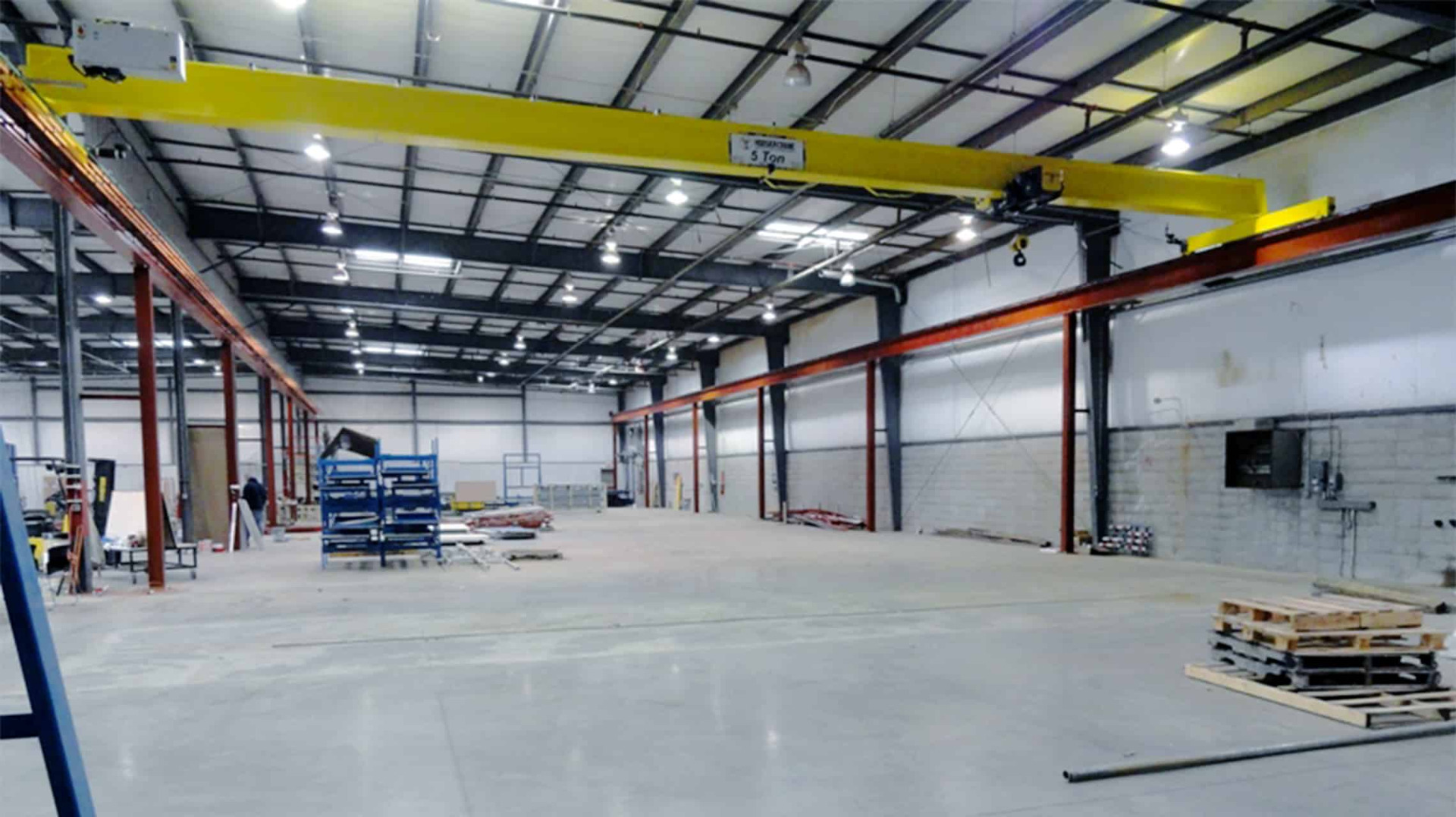 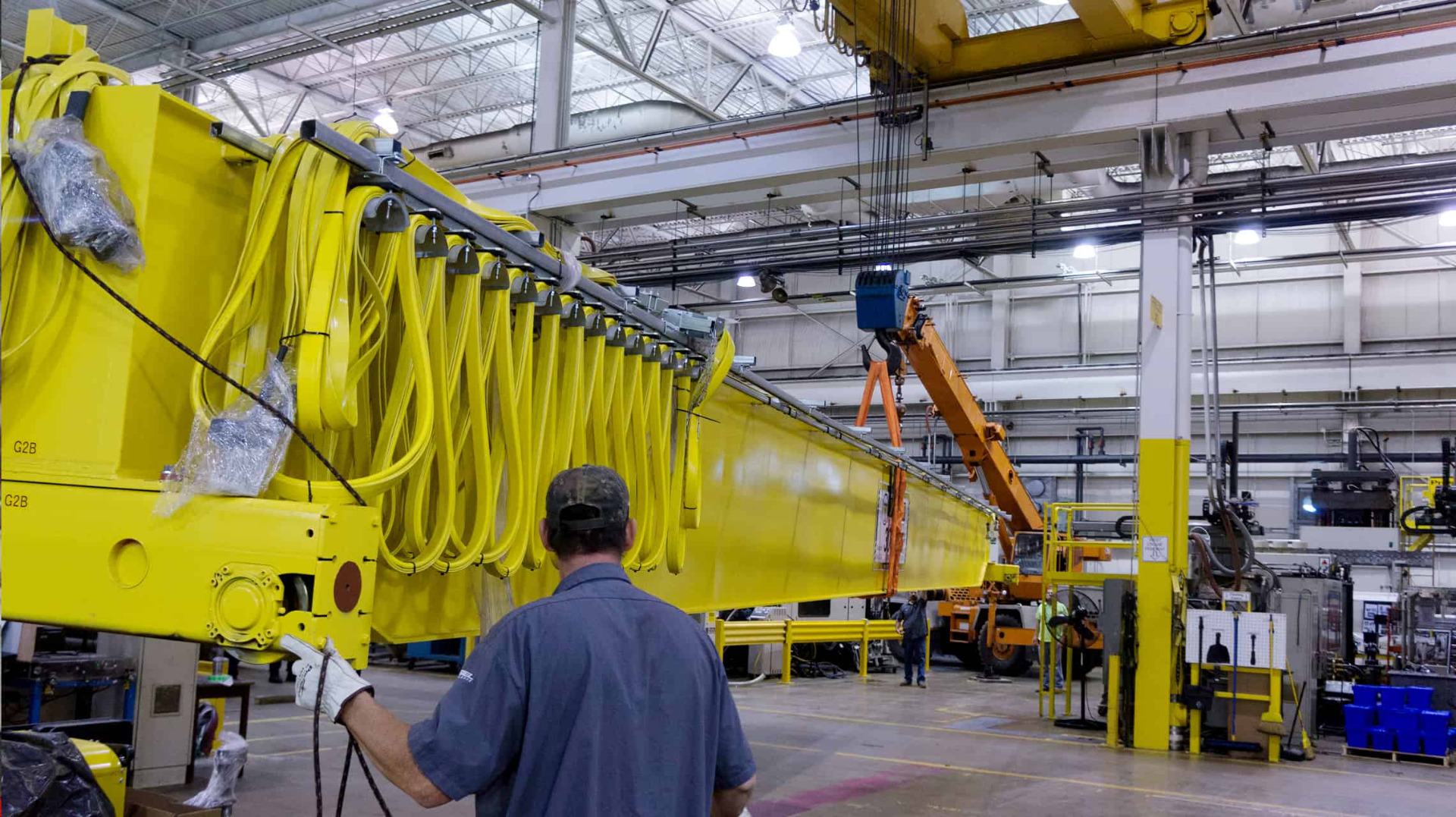 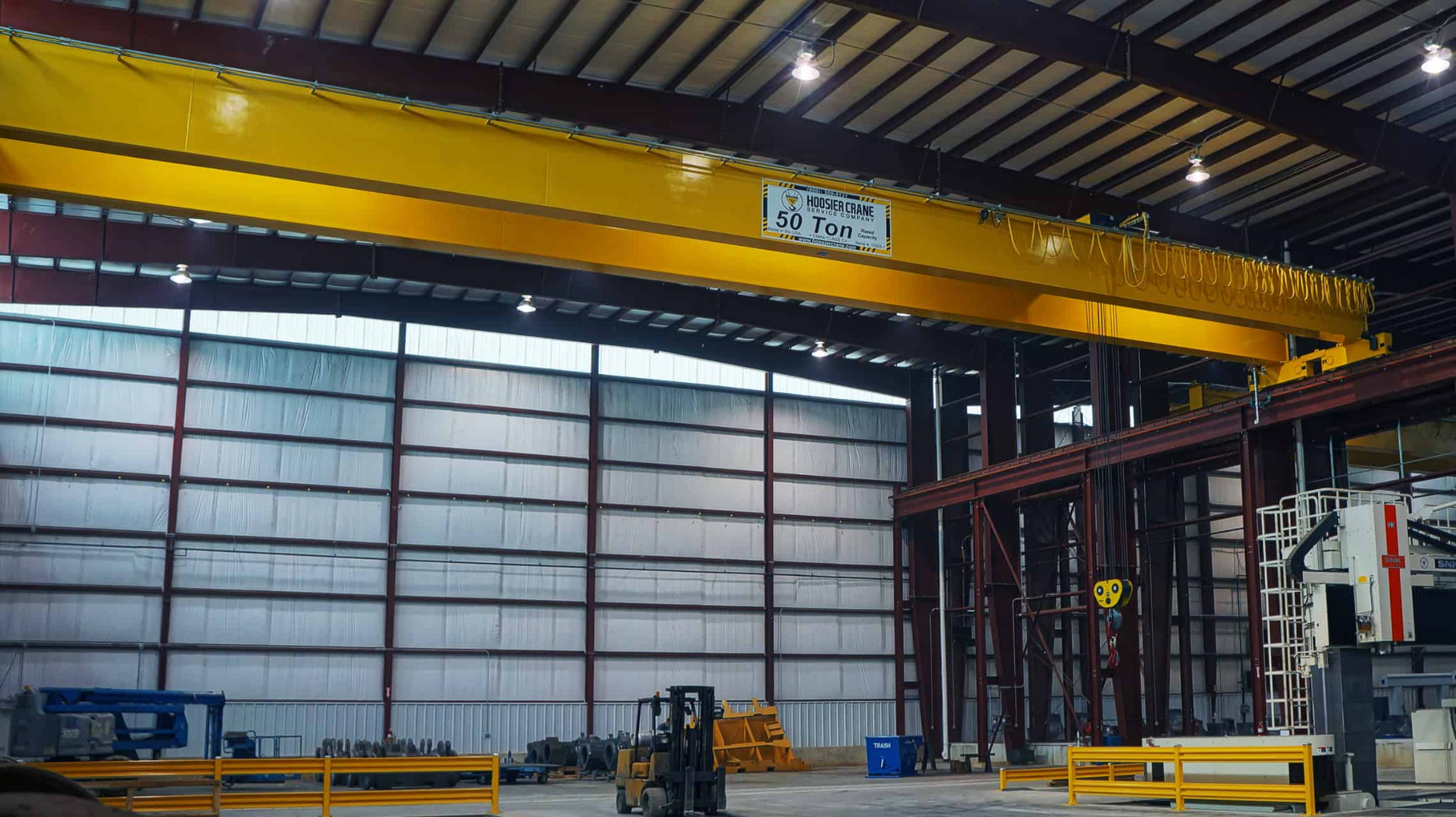 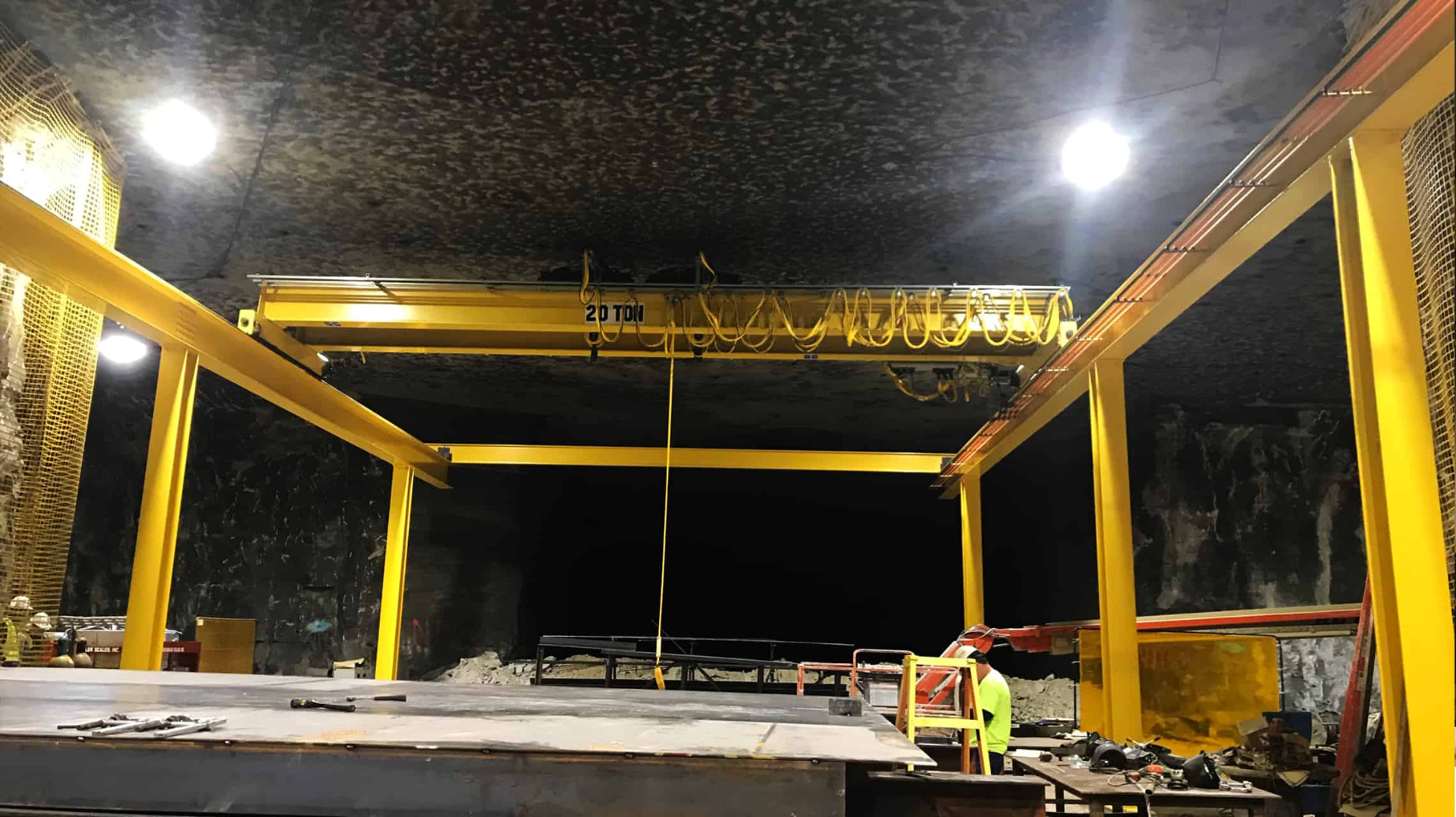 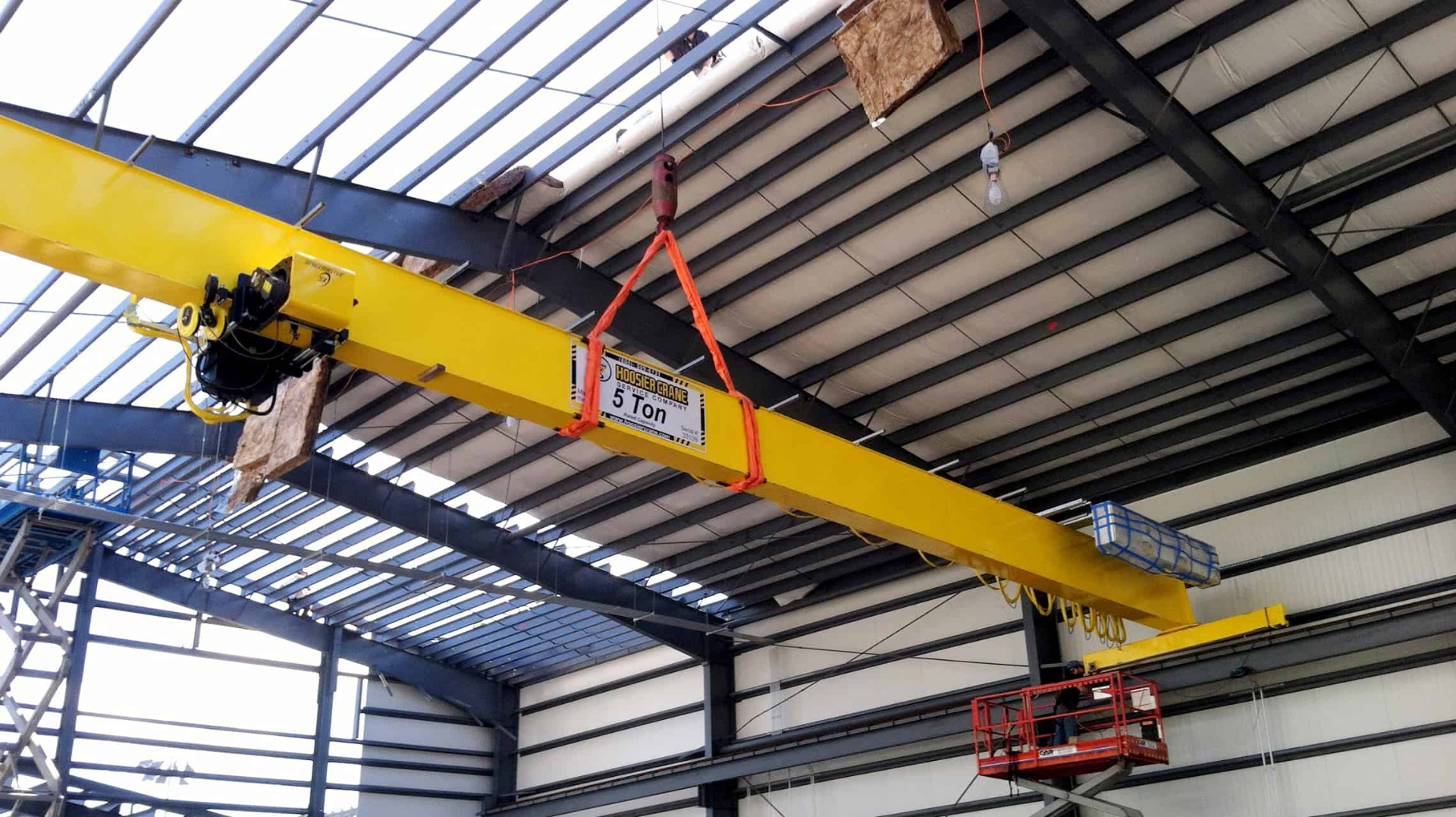 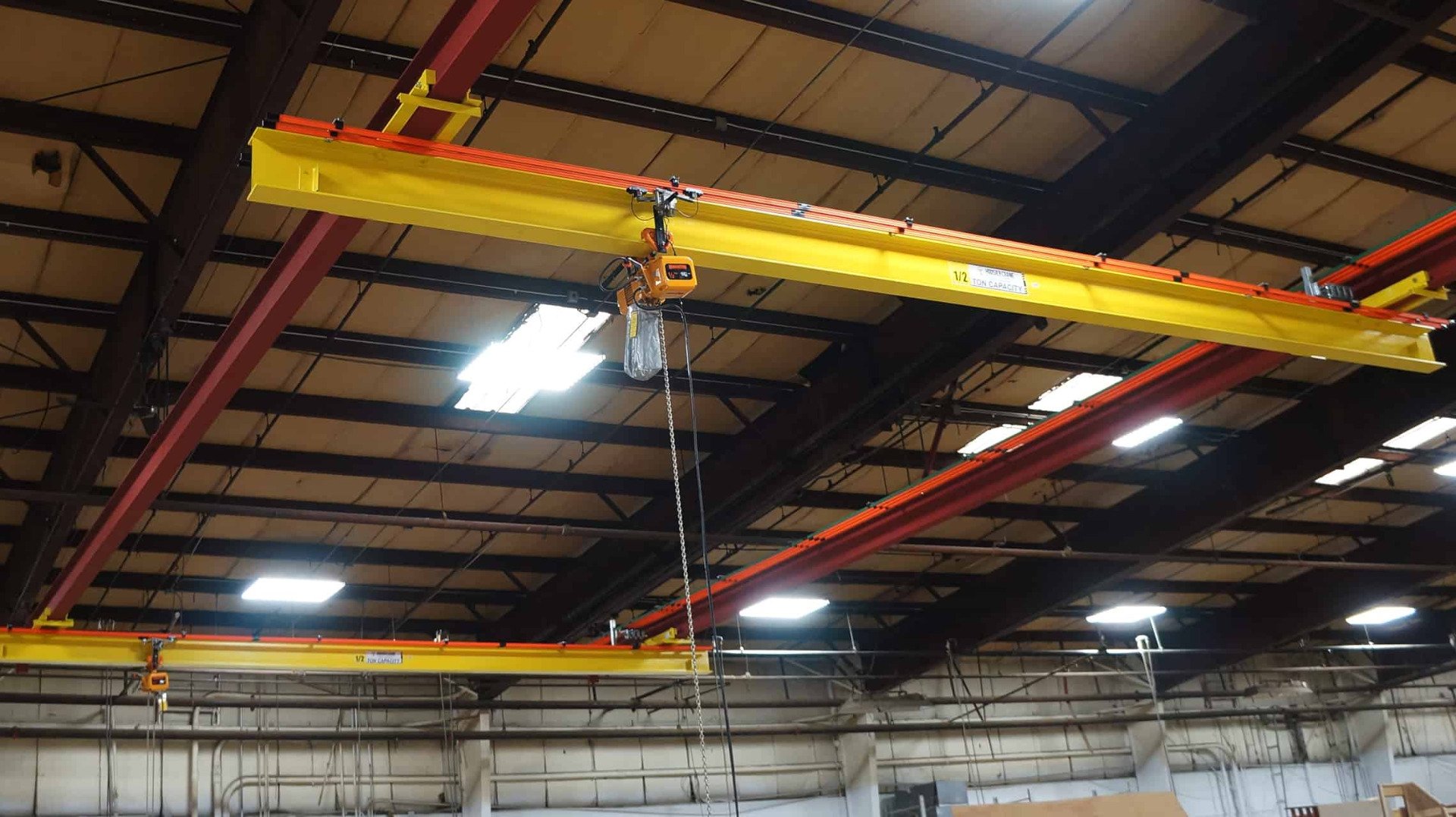 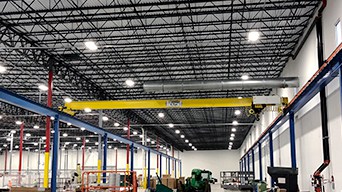 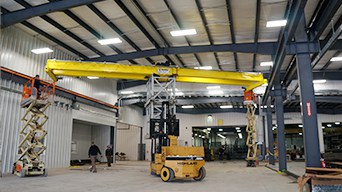 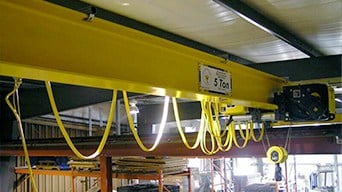 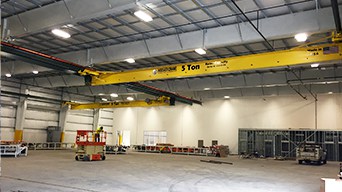 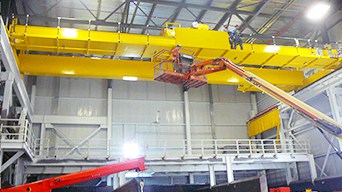 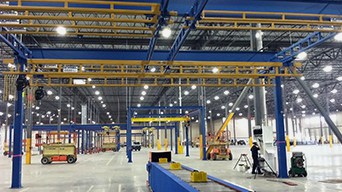 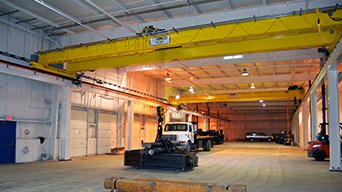 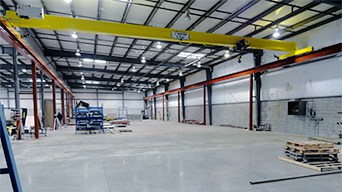 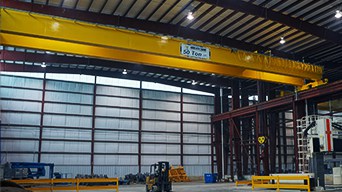 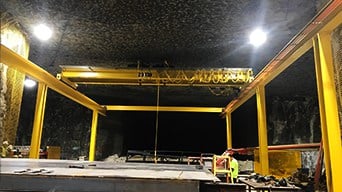 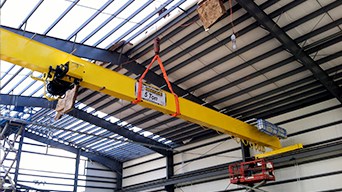 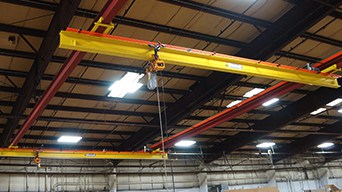 Hoosier Crane is familiar with designing, building, and servicing all designs, makes, and models of overhead crane systems. If you would like to speak with one of our overhead crane professionals, please call us today at (800) 509-6131 or submit a request for quote.